say if you're on the way to Granada, with chance of snow, and see a lit up sign saying 'Puerto de la Mora cerrado' I'd definitely turn back...

...don't do what we did and followed a few diverted cars that just went back ONTO the road. We couldn't turn off after that as cars that did got stuck straight away, so followed tracks all the way to Granada

even the snow plough we followed deserted us eventually

- then it was totally clear the next day to get back.. phew 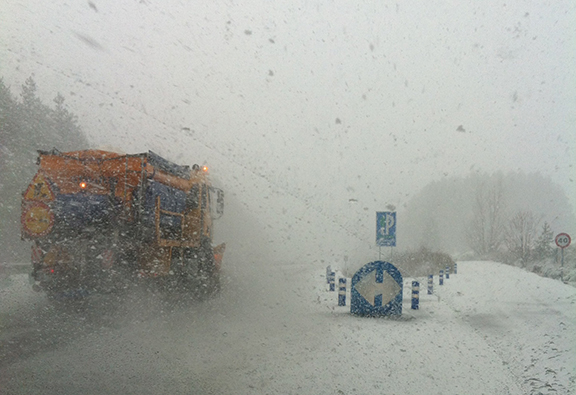 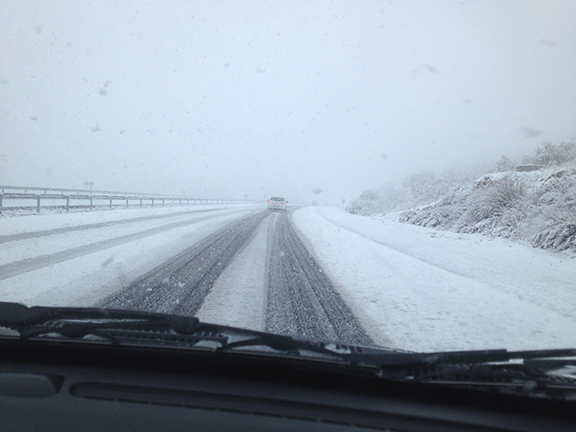 If the pass is closed you can divert off the A92 just after Guadix onto the A308 to Iznalloz. It goes around the mountains instead of over them! You join the A44 which takes you to Granada. It takes about 30 minutes more, but gets you there.

We went too far for that turn though!

We'll frame the snow plough picture to look at in summer