Hi all,  Does anyone else have a light tube in their cave ?  If so, do you have issues with condensation dripping now the weather has turned cooler ?
We have a light tube with an opening light and the amount of condensation in the morning is now at nuisance level.  The glass on the opening light is only single glazed.  I have put a couple of sheets of bubble wrap between the glass and the flyscreen and that has cut the amount of condensation down, but we took it out to try just cracking the light open a fraction to see if that would work.  It didn't, the bubble wrap is going back in this afternoon !
For a longer term solution, I was thinking of a pre formed thermo plastic roof light cover and seal it to the glass with clear silicone.   The measurement of the glass would take a 900mm by 900mm fitting and then that would effectively double glaze the opening light.  ( the thermo plastic lights are single, double and even triple glazed units,  priced accordingly ! )  I was thinking of a single glazed unit.
Anyone have any views on my logic for this ?

How about a dehumidifier nearby?
https://www.amazon.es/Henkel-Deshumidificador-Rubson-Aero-360/dp/B00LB0OVZS/ref=pd_bxgy_201_img_2?_encoding=UTF8&psc=1&refRID=XHEZRSCH2GQMB4PRXWHE

Is there a lot of condensation and mould in winter?

Hi Maureen,  Just condensation really.  Starts dripping during the night and into the morning.  Once we open the light, it drips for a bit then as the sun comes up it evaporates it off.  The amount varies by how cold / humid it is.
Thanks for that Pete,  I had not considered a de humidifier.  Trouble is, the light tube is 20 feet deep and no where to place said item near the top of the light.  Plus, my ladders would never reach !

Our neighbours had one and had no end of damp and mould, built a little house around it, insulated it, painted, treated it, but nothing worked finally blocked it in and just have a vent in it and it seems ok now. Sorry this info is not more encouraging but I think they either work or they don't, this one didn't ! 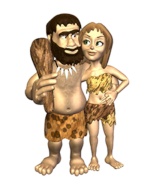 We've got one in our bathroom, it used to be the chimney when the room was a kitchen. We had an extractor fan put in, but there was loads of condensation and mould in the winter.
Last winter we had a tailor-made double glazed unit with rejas built onto the chimney pot, which opens and closes via a switch in the bathroom. There's a frame with mosquito netting which sits just inside the chimney to keep flies out. It wasn't cheap, but is effective so far!
Alupeg in Baza made and commissioned it for us, with a local builder doing the necessary works.

Hi Miron,
Yes, ours is a new frame and glass,  the old one was a plastic dome light and frame but the light and frame were damaged and we replaced it with the present fitting about 2 months ago.  The old one had issues with condensation during colder weather and the new one is the same, but we've never had issues with damp or mould.
The new one sounds similar to yours, but ours is single glaze safety glass, and also has flyscreen and rejas and opening / closing system.
At the moment, the bubble wrap is proving to be reasonably effective in keeping the amount of condensation / dripping down. I guess it's less than a cupful at the most, so just a nuisance really.  If I could get hold of some sheet expanded polystyrene, I could fit that in the frame too, which would also help to insulate it, but I was wondering if fitting a polyform light onto the glass would eliminate it completely.
I guess there is only one way to find out.

Similar topics
» How to light the pilot light on gas water heater
» you tube clip
» Holes in ceilings - chimney, vent, light etc.
» Let there be light.
» magnifying spectacles with light