what do you think?

[You must be registered and logged in to see this link.]

I've always thought that the parents are innocent but when reading things like this it's easy to be convinced otherwise so I'm still sitting on the fence, really can't make my mind up,. 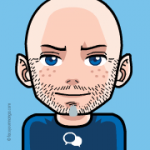 i find this very strange
The fact that the McCann’s continually make a theatrical performance of offering to take polygraph tests, and then back out, and have so far refused to take any lie detector test.
personally i find their body language very odd. if they are evr found guilty how will the public react do i think they are involved, my answer is most likely yes

The original article has so many disclaimers it beggars believe that the author thought her opinion was worth publishing —  "speculation and conjecture, based on tabloid headlines", "I am not an ardent researcher in this subject", "nor I have I particularly read a great deal on the subject".

It might come as a surprise to the "many people [who] spend a great many hours scouring the internet for facts", but facts in this type of case do not originate from the Internet. Just speculation and opinions.

Just because someone has an awkward body language doesn't mean they would kill their beloved child!

A simple google for 'mccann polygraph' exposes the quote above to be untrue, see [You must be registered and logged in to see this link.]

If the McCanns had anything to hide they would be doing all they could to let the case fade from memory, not trying desperately to get the police to investigate.

And does anyone seriously think the British police would have invested all the thousands of man hours in this case if they thought for one moment that the McCanns were anything other than innocent grieving parents?

Totally agree with Tim. The "only" crime (albeit a VERY serious one) is their stupidity at leaving 3 small children alone at night whilst they were out enjoying themselves. They will have to live with the consequences of that for the rest of their lives which, surely, is punishment enough. x 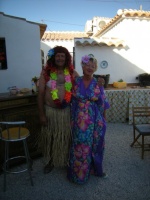 It is still supposed to be innocent until proven guilty. Fast receding these days with the advent of masssive information technology. We perhaps will never know the truth. Still I can't understand why they weren't charged with wilful neglect. A less 'professional' couple would have been.They did it again when they flew off to see the Pope. A lesson not learned there I think.

Obviously in this free world we are lucky that everyone is entitled to their opinion and we are all innocent until proven guilty.

These are two intelligent, well qualified and professional people who definitely should have known better and theres no excuse for that form of neglect/abandonment. Anybody with an argument against that would struggle, I believe.

However, in History there have been characters (people) who were so intelligent that they could really stick to a version or story under any form of scrutiny (even a polygraph) with that came an arrogance that they could better any investigation, enquiry or trial and truly believed that they were, in essence, cleverer than any 'system'. Crippen, Ted Bundy, Dennis Neilson, I could go on.

I agree that every shred of 'evidence' against them is at the best circumstantial, apart from some speculation as regards 'forensics', but when the alternative is life in prison, sticking to your guns is sometimes the preferred option especially if you are intelligent enough to consistently present the same account against all scrutiny. If they did do any ghastly deed ( I am not saying for a moment that they definitely did) they have nothing to lose by maintaining their innocence and stance.

I truly believe that Karma always gets you in the end in any case, and Christians obviously maintain that they will answer to a higher Authority, although for the present we may never know the truth of this one I fear.