PP have been elected in

PP have been elected in

Good or bad news you decide, i know what i think.

That's very cryptic mikey! I'm sad to see Zapatero go. I think he's a good man - honest, intelligent and principled. He was one of the reasons we came to Spain. We wanted to spend some of our declining years in a country with a good climate, good politics and a café society. The "good politics" requirement ruled out France, for us.

Zapatero's been blamed for the out-of-control building boom in Spain, but it was started 50 years ago by Franco (who personally lifted the ban on bikinis on the beach at Benidorm in order to attract tourists). I'm not impressed by Rajoy but can't really comment on his policies because he hasn't been exactly forthcoming about them. Perhaps he hasn't got any. Certainly, Angela Merkel seems to think so - she was giving him a bollocking for his lack of action 48 hours after he'd assumed power! 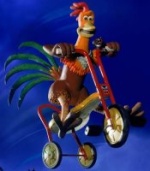 As you know from previous posts Jenny my knowledge of politics is zero but my daughters partner reckons it will be a bad thing for people outside of the big towns and cities, not sure why but that is what he said. I think i read somewhere that the PP party were the only ones that have not said Franco was wrong, hhmmmm makes you think.

It was inevitable that the PP would get in and Spain would swing to the right - again. That's what electorates do in times of economic crisis.

The PP has been the governing party in Spain before, from 1996 to 2004, led by Prime Minister José María Aznar. The PP of that general election and specificity José María Aznar became Prime Minister with the support of the Basque Nationalist Party, the Catalan Convergence and Union and the Canarian Coalition.

Its worth noting that the PP's founding father was one OF FRANCO's right hand men Manuel Fraga!!!

It is widely expected that they will curtail rural area spending favouring capital projects such has the High speed train, internet, road and building projects which where shelved by the previous administration, this happened similarly during the late 70's and through the 80's which left our area devastated of youth, who migrated to the cities and which left the caves some of us now live in abandoned thus leading to cheap development in recent years. But the recovery of the migrated youth and now their families to this area has been slow, many now still living in the cities and as evidenced by the many fiestas only returning at certain times of the year to visit relatives.

Maybe a sad decline again in our rural way of life...but we must live in hope,but i agree with what you are saying